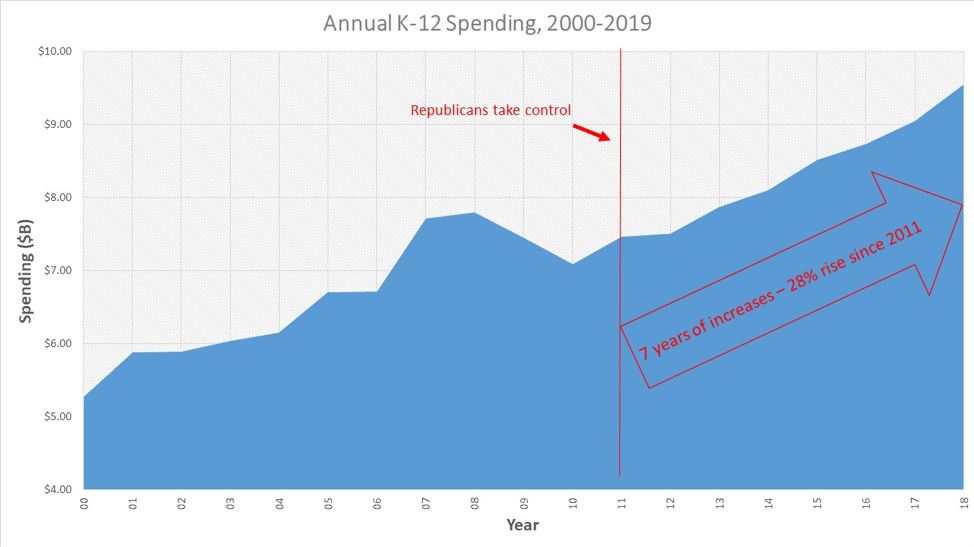 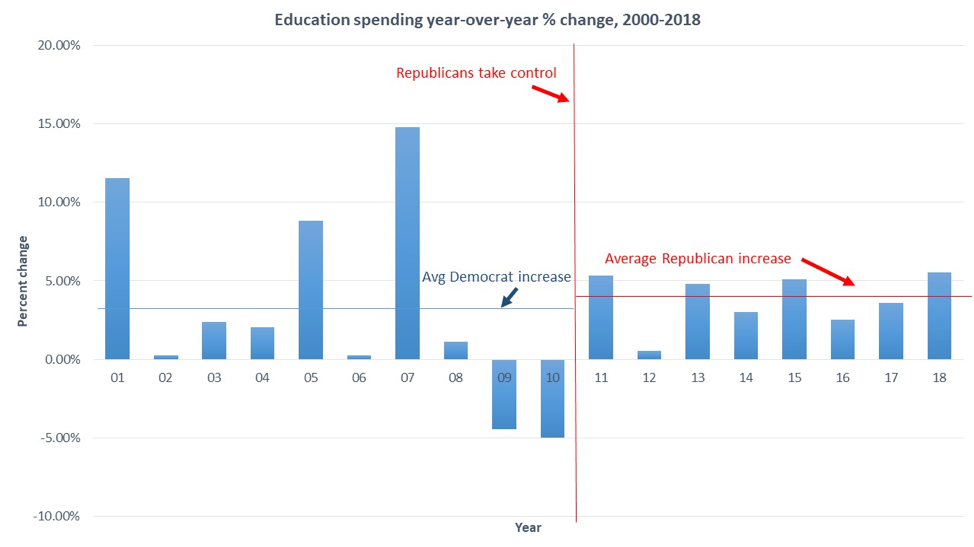 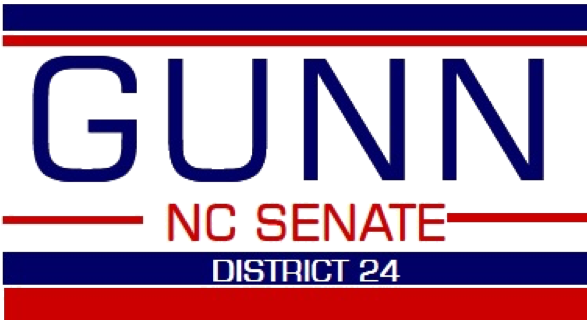 Raleigh, N.C. – Since assuming power in 2011, Republicans in the North Carolina General Assembly have responsibly increased education investments after devastating cuts in 2009 and 2010.

“Conservatives believe in equality of opportunity – that every child deserves a fair shot to make his or her own success in life,” said Senate President Pro Tempore Phil Berger (R-Rockingham). “Education is fundamental to that philosophy, and we’ll stay the course to keep delivering resources so every North Carolina student can reach his or her God-given potential.”

Before the recession, irresponsible fiscal policies left the state vulnerable to disaster in the event of an economic downturn. By 2009, North Carolina had one of the highest budget deficits in the country because of a neglected rainy day fund and years of unsustainable budget growth. To make up the difference, Democrats who controlled state government chose to cut education spending. In 2010, the Democrat-led General Assembly spent only $7.09 billion on K-12 education – a 9.1% cut compared to just two years prior.

Republicans spent the last eight years rebuilding the state’s education budget, which will be the highest in state history for the sixth consecutive year in 2018-19.

Balanced General Assembly budgets increased education spending by 34.6% compared to 2010 through responsible and sustainable annual growth – all while cutting taxes and boosting the rainy day fund. In fact, since 2000, K-12 education budgets have averaged higher year-over-year spending increases under Republicans (3.81%) than Democrats (3.18%).

What’s more, the North Carolina General Assembly directed twice the portion of state budget growth to public schools from 2011-2018, under Republican majorities, compared to 2003-2010, when Democrats controlled the legislature, in budget figures provided by the state’s nonpartisan Fiscal Research Division.

Beyond the topline figures, the Republican-led General Assembly has consistently increased per-pupil spending, according to the National Education Association. In the 2008-09 school year, per pupil spending was $8,761 – and it declined for four consecutive years, hitting a low of $8,492 in the 2011-12 school year.

After the Republican-enacted reforms in 2013, per pupil spending rebounded. It has increased every year since, and the estimated 2017-18 figure is $9,528 – a 10-percent jump since 2013. In that time, North Carolina’s per-pupil spending has climbed from 47th in the country to 39th.

“We’ve made consistent, responsible, and sustainable investments to recover from the disastrous choices years ago. Our work’s not finished, but the path forward is clear and attainable,” said Senator Michael Lee (R-New Hanover), who chairs the Senate Appropriations Committee on Education.

Funding alone does not guarantee positive education outcomes, and Republican investments have focused resources on programs to help students succeed. For example, the General Assembly reinstated a dedicated funding stream for program enhancement teachers (those who teach the arts, physical education, or world languages) that former state Senator Roy Cooper and former Governor Jim Hunt eliminated in the 1990s. This year’s budget allocated $61 million for the initiative.

Additionally, the Republican-led General Assembly launched an initiative to phase in smaller class sizes and lower student-to-teacher ratios in kindergarten through third grade. To cover the expense of hiring additional teachers, the program provides school districts with approximately $70 million per year. Only four states in the country have more stringent class size requirements.

Just like urban students, rural children deserve quality educators and modern learning facilities. Although state law delegates responsibility for school construction to local units of government, the Republican-led General Assembly recognized that some rural areas did not have the tax base to build new schools. That’s why the legislature created the Needs-Based Public Schools Capital Fund to provide additional resources to build or upgrade schools in struggling rural counties. For example, in Sen. Harry Brown’s district (R-Jones), work began this year on the first new school since the Eisenhower Administration.

In almost every meaningful category – from textbook spending to per-pupil expenditures to topline education funding – the Republican-led General Assembly has made consistent, sustainable, and increasing education investments since taking control eight years ago.

“Nothing is more fundamental to conservative philosophy than a high-quality public education system. It is the great equalizer, and we will stay the course to see to it that meaningful investments continue,” said Senator Berger.

Paid for by Gunn for NC Senate